Can you imagine not being able to afford to switch on your heating for three years? That was the predicament faced by a tenant, whose story I heard recently from a member of our staff.

When the temperature plunged, she wore extra clothes. When it became really cold, she turned on a small electric heater for short spells. She had no money to buy a cooker and got by with a second-hand microwave.

Her life changed when eventually she opened up to her housing officer. Put in touch with one of Wheatley’s welfare benefits advisors, it was discovered she had been missing out on £60 a week in benefits to which she was entitled. The Department for Work and Pensions backdated her payments, resulting in a cheque for £10,000.

At a stroke, she was taken out of poverty. Not only could she afford to heat her home, but she was also able to buy furniture and a cooker – things most of us accept as the norm.

According to Scottish Government figures released last month, one million people are living in ‘relative poverty’ in Scotland. Shockingly, around a quarter of the country’s children are growing up without many of life’s basics which the rest of us take for granted.

Many of the people Wheatley works with and for are struggling in one form or another. As an organisation, we exist to be a force for good in the lives of those people. That means doing all we can to break the cycle of poverty and exclusion that so many still experience.

Employment and training are two of the keys to Wheatley’s aim of making homes and lives better. Over the past decade or so, Wheatley’s housing associations – Glasgow Housing Association, Cube, Loretto, West Lothian Housing Partnership, Dunedin Canmore and Barony – have created no fewer than 11,000 jobs and 2,000 training places. Most have been taken up by people living in our homes. For many, it is a lifeline out of poverty and a springboard to a better life.

One lad, taken on by Dunedin Canmore in Edinburgh, was homeless at 16. Now, he has his own tenancy and is six months into his housing apprenticeship. He has set his sights on becoming a housing officer.

Most of the group’s social and economic programmes and activities are run through the Wheatley Foundation. This charitable organisation, chaired by Scotland’s former chief medical officer, Sir Harry Burns, is on course to support 10,000 people across the country. Its latest initiative will see it partner with the National Theatre of Scotland to give 200 young people, many from deprived areas, a taste of the theatre through workshops and trips to see plays and shows.

For the past four years, I’ve been a member of Glasgow’s Poverty Leadership Panel, a multi-agency partnership involving public, private and third sector organisations, as well as people who have experience of poverty. It’s doing great work to create a fairer and more inclusive city.

At Wheatley, some of our latest contributions include designing new online courses for our 2,500 staff, highlighting the latest facts and best practices in tackling poverty, and launching a social media campaign to challenge negative attitudes and help more people understand the causes of poverty and what it’s like to live in hardship.

Our social media campaign will ask people from all walks of life to review and reconsider their take on poverty, challenging stereotypical behaviours and misconceptions as well as removing stigma.

Too many people still believe poverty is inevitable. That needs to be challenged, and changing society’s attitude to those in need is a great place to start. 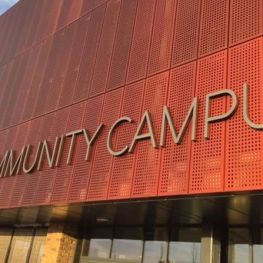 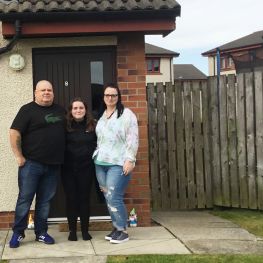 Tenants have praised the ‘brilliant support’ they have received from Wheatley Group’s housing officers during the pandemic.

We are doing everything we can to support our communities through these extraordinary times.