Wheatley, Scotland’s largest housing, care and property-management group, has delivered more than 1600 emergency food parcels to vulnerable customers in the past two weeks. 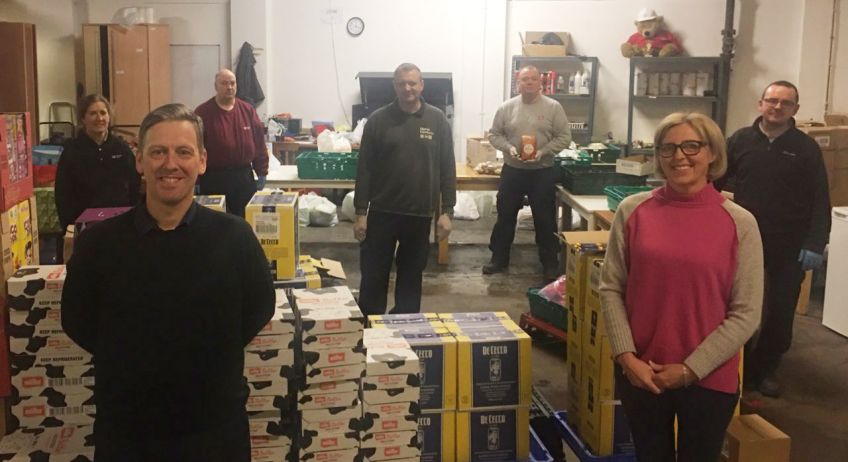 An army of staff at the Group’s EatWell service, which has expanded 600% in the last fortnight, is delivering food parcels from Dumfries and Galloway to Glasgow and across to Edinburgh and the Lothians.

Wheatley has plans to inject a further £350,000 into the service and to mobilise even more staff and vehicles to support the huge expansion of the emergency service.

As well as food to last a family a week - for periods up to six weeks - the deliveries by EatWell staff and colleagues drafted in from other Wheatley services, the parcels also contain essential household items like toilet roll and washing-up liquid.

GHA tenant and army veteran, Joe Stevenson (92), from Cardonald, Glasgow, said: “I can’t leave the house, so the food parcels are a big help to me. I really appreciate it. It shows GHA really cares and that they are really looking out for us.”

Wheatley Foundation director Lorraine McLaren said: “We’re doing all we can to support our most vulnerable customers during these very difficult times.

“EatWell is a lifeline service to people in financial hardship, who are ill or self isolating and feel they have no-one else to turn to for support.”

The next stage in the planned expansion will involve tenants in Wheatley’s Livingwell sites, which assist older tenants live independently and longer at home, as well vulnerable tenants in Glasgow’s multi-storey blocks.

The Group, which aims to boost deliveries to 1500 a week, is calling on customers in need to contact their housing officers and care staff if they need help by phone, text or email.

Wheatley’s 400 housing officers and as many care staff as possible have been fully equipped to work from home and are in regular contact with the people they work for.

Housing officers have patch sizes of just 200 homes, among the smallest in the UK, evidence of the Group’s long-term investment in strengthening frontline services.

Wheatley has in place a wide range of services and additional measures aimed at tackling the impact of the coronavirus crisis on the people and families who live in the 93,000 homes it owns and manages across Scotland, as well as the 7000 people a year it works for in care.

Last week, Wheatley announced it had provided more than 100 empty homes to local authorities as temporary accommodation for homeless people.