GHA tenants in the south side of Glasgow are enjoying a brand new community room right on their doorstep. 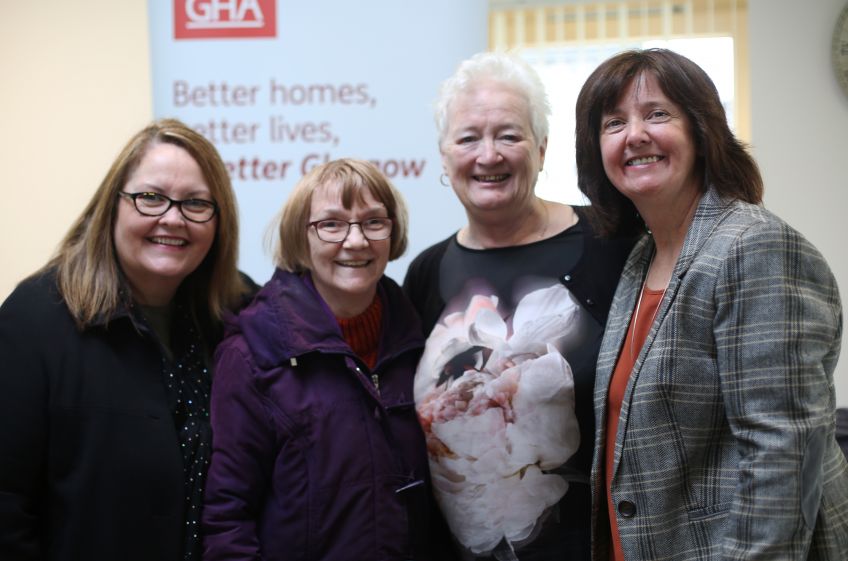 A new residents’ lounge and a new concierge office has just opened between the two blocks at 10 and 20 Jura Court, Cardonald.

The new community room – which features free wi-fi – will be used by tenants for social activities such as arts and crafts classes and coffee mornings.

The majority of tenants in the block are over 60 – and the new community room will help bring people together and help reduce the isolation some older people can feel.

Craigton Residents Action Group (CRAG) is also working with GHA to get residents – as well as nearby Craigton Primary School – involved in a community garden at the site.

GHA Chair Bernadette Hewitt joined tenants, staff from GHA and Wheatley, as well as contractors and other partners to officially open the new community room.

Bernadette Hewitt said: “At GHA, we don’t just want to create better homes, but better lives for people too.

“This lovely new community room will help us do that by providing a warm, welcoming, informal space that residents can use to catch up with friends, neighbours and others in the local area.

“The social activities planned, such as coffee mornings and arts and crafts classes, will bring people together and help reduce isolation.”

The facility, part-funded by GHA’s South Area Committee, was built by City Building.

Tenants were closely involved in shaping the plans for the new building, including the design and what the room will be used for.