A pioneering Community Improvement Partnership (CIP) tackling crime and anti-social behaviour across central and southern Scotland has been recognised as the best in the country. 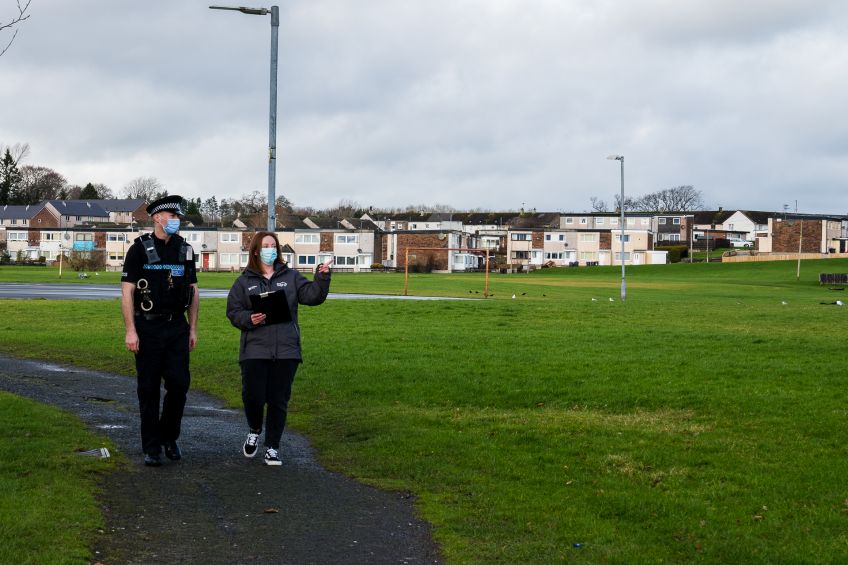 The CIP links Wheatley Group – Scotland’s leading housing, care and property-management group – with Police Scotland and the Scottish Fire and Rescue Service. It was named Policing Partner of the Year at the 2022 Chief Constable Bravery and Excellence Awards.

Presented by Scotland’s Chief Constable Iain Livingstone QPM, the awards recognise those who have gone above and beyond to keep people safe over the past 12 months.

Set up in 2012, Wheatley’s CIP is a special team of police and senior fire officers who work with housing and other frontline staff to improve the quality of life in communities across 19 local authority areas. The CIP team complements and strengthens the work done daily by regular police and fire officers.

Chief Constable Livingstone QPM said: “The last 12 months has been an intense and demanding year, underlining the relentless nature of policing.

“Helping those in crisis goes to the heart of policing’s core values and purpose. The awards remind us of the individual acts undertaken to that end every day, right across Scotland.”

Judges were particularly impressed by the work of CIP, which was recently extended to Dumfries and Galloway, during lockdown to combat anti-social behaviour through strong partnerships.

Laura Henderson, Managing Director of Wheatley 360 which oversees the CIP, said: “Making sure all our customers live in peaceful and safe communities is one of the most important things we do.

“We are proud of the difference our pioneering partnership with Police Scotland has made in tackling issues like anti-social behaviour.

“We are thrilled to be recognised by Police Scotland and thank them for this award and the decade of close partnership working that has made such a lasting difference in the lives of our tenants and in our communities.”

The Wheatley family provides homes and services to over 210,000 people in 19 local authority areas across Scotland. It is made up of five social landlords – GHA, Dumfries and Galloway Housing Partnership, Dunedin Canmore, Loretto Housing and West Lothian Housing Partnership, as well as a commercial subsidiary, Lowther Homes and a care organisation, Wheatley Care.