Wheatley Group to build 5500 new homes over next five years

Wheatley Group has announced ambitious plans to build 5500 new homes across Scotland by 2026. 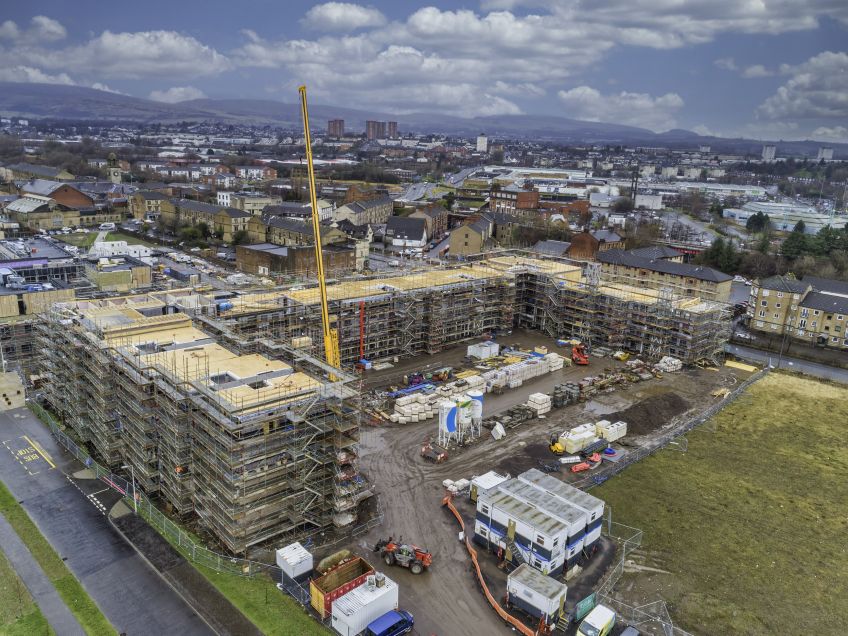 Scotland’s leading housing, care and property-management group will carry out one of the largest affordable house-building programmes in the UK over the next five years.

The new homes will be a mix of social housing and mid-market rent.

Wheatley, named the UK’s largest builder of social-rented homes for four years in a row, has already built more than 4000 homes in the last five years.

Despite the lockdown restrictions on the construction industry caused by the COVID-19 pandemic, last year Wheatley completed 413 new homes in Glasgow, West Lothian, West Dunbartonshire, Edinburgh and Dumfries & Galloway – with 329 homes for social rent and 84 for mid-market rent.

Tom Barclay, Wheatley Group Director of Property and Development, said: “We’re delighted with the progress of our new-build programme, especially during one of the most challenging years for the construction industry.

“Our continued investment in affordable housing allows us to make a real contribution to housing at a national level. This type of investment is only possible due to our size and scale and by working with our strategic partners, including local authorities and the Scottish Government.

“Our new-build programme has already made a real and lasting difference to communities all over Scotland, and the new homes we’re building will help transform the lives of those who live in them.”

Work is currently underway to build 1229 homes on 25 sites – with 16 more sites in development.

Almost 700 new homes are due to be completed this year across south and central Scotland, from Glasgow to Dumfries, Edinburgh to Clydebank and Livingston to Stranraer.

At West Craigs in Edinburgh, Dunedin Canmore will start work this autumn on Wheatley’s largest new-build project, which will see more than 300 homes built over the next five years.

In the initial phases, 168 homes will be built for social rented housing, with plans for a further 132 for mid-market rent, to be let and managed by Lowther, also part of Wheatley Group.

Tenant Andy McDowall and his wife Mary got the keys earlier this month for one of 12 new Dumfries and Galloway Housing Partnership (DGHP) homes in Sanquhar. Andy, 77, a retired joiner and newspaper editor, and Mary, 76, who used to run a B&B, have been married for 33 years.

Andy said: “We really love our new house. It’s made such a difference to Mary due to her health. The property is so warm and has been fully adapted for wheelchair use, making things so much easier for us.

“Sanquhar has been our home for many years, and we are very glad we were able to move to this specially-adapted property just along the road.”

DGHP is currently on-site building 74 homes, with plans for 800 social rent homes over the next five years.

The 5500 new houses and flats announced by Wheatley include properties built to wheelchair standard and accommodation to help older people live independently for longer in their own homes.