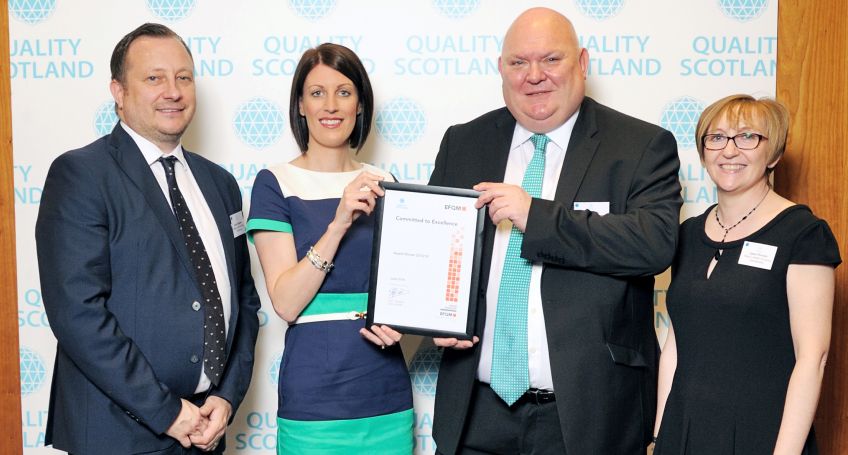 West Lothian Housing Partnership, Cube Housing and Loretto Care picked up their accolades at the Scottish Awards for Business Excellence at the Edinburgh International Conference Centre.

All three organisations were rigorously assessed by Quality Scotland against the European Foundation of Quality Management (EFQM) excellence model which measures business performance.

The awards demonstrate WLHP, Cube and Loretto Care are focused on improvement and that all three organisations are building on their strengths to achieve higher levels of excellence.

Loretto Care’s team also walked away with a special ‘Good Practice’ award in recognition of how staff put the people they work for at the centre of all services.

“Our staff work hard, day in, day out, to make homes and lives better for communities across Scotland, and Quality Scotland’s recognition is testament to that.”

Offering her congratulations to Loretto Care, Cube and West Lothian Housing Partnership, Claire Ford, Chief Executive Officer, Quality Scotland said: “These achievements are clear demonstrations of the organisations’ drive and desire to achieve sustainable business excellence and truly embed the concepts of excellence. Congratulations on these European levels of recognition and all the hard work and effort that has gone in to achieving them.”