Work has started on transforming the site of a former primary school in the north of Glasgow into stylish affordable housing.

The former Greenview School in Buckley Street, Parkhouse, is being converted into 28 flats for social rent by Loretto Housing Association, part of Wheatley Group.

The existing grade B-listed school building, as well as the adjoining janitor’s house, is being refurbished to include 20 flats, with the other eight being a new-build development on the same site. The homes will be for older tenants.

Loretto Housing Chair Douglas Robin welcomed Leader of Glasgow City Council Susan Aitken, local elected members including Paul Sweeney MP and Bob Doris MSP, as well as staff from Loretto and Wheatley Group and other partners to mark the start of work on the new homes.

The £4.1m project is supported with a £2.5m grant from Glasgow City Council. The contractor on the development is McTaggarts Construction.

Councillor Susan Aitken, Leader of Glasgow City Council, said: “This is a fantastic project, with the conversion of one community asset – a former primary school – into 20 affordable homes for Parkhouse.

“We want to work with our partners to deliver as many affordable homes as we can in Glasgow, and we can look forward to many such developments in the city in the coming years.”

Douglas Robin, Chair of Loretto Housing, said: “At Loretto, we want to build better homes and better lives for our tenants.

“These modern, energy-efficient new homes will help people save on their fuel bills and really improve their quality of life

“Preserving this distinctive building, while building much-needed affordable housing, will make a big difference to this part of Glasgow.”

The new homes at Buckley Street are a mix of one and two-bedroom flats, with one of the flats suitable for wheelchairs. They are expected to be complete around April next year.

The former janitor’s house will be supported accommodation for people with a learning disability.

As part of the contract with Wheatley, McTaggarts are providing jobs and training opportunities for the community.

Gary Climson, Managing Director of McTaggarts said: “Bringing this characterful, old building back into use for the benefit of the community is very gratifying for our team.

“As the building is listed, we are combining traditional craftmanship with modern techniques to create these contemporary, highly-efficient homes.”

Loretto has already built around 200 homes since joining Wheatley Group in 2014.

As well as Buckley Street, work is well underway on another 114 Loretto homes at sites in Broomfield Road, Wallacewell Quadrant and Shawbridge Street, all in Glasgow.

Work will start soon on another 28 new Loretto homes in Muiryhall Street, Coatbridge.

Here are some photos of the interior of the former Greenview School which is being converted. 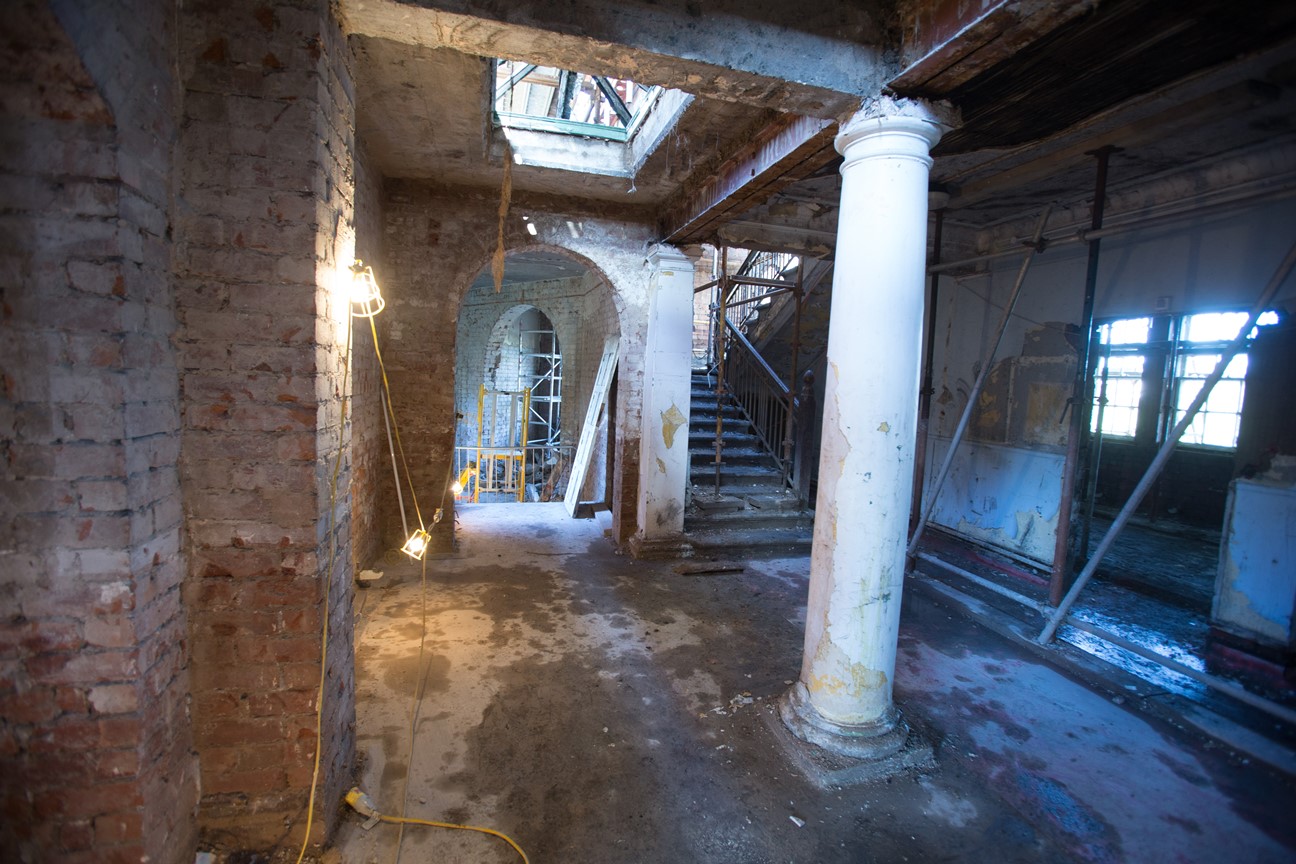