3000 homes and GHA is not stopping there 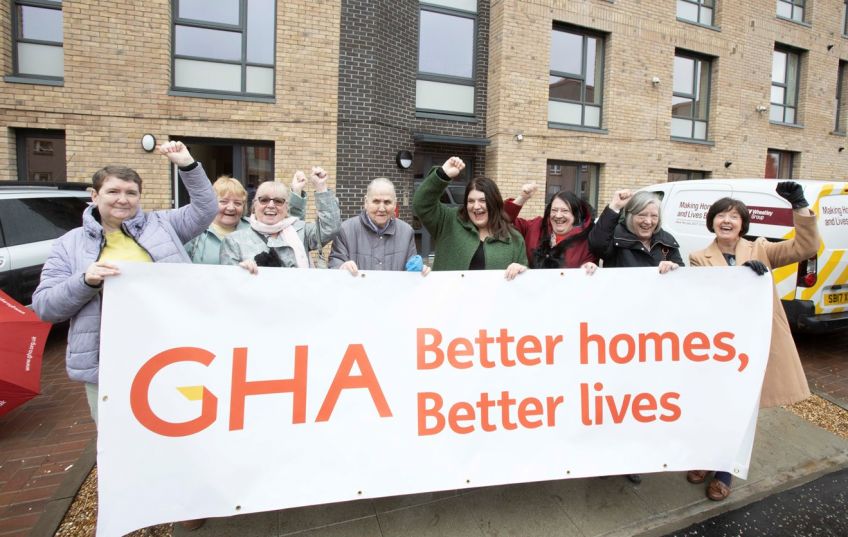 Tenants toasted the regeneration of Glasgow’s communities as GHA announced the completion of its 3000th new-build home.

Councillor Susan Aitken, Leader of Glasgow City Council, and GHA Chair Bernadette Hewitt met with tenants on a visit to Gallowgate where the milestone home was built.

The Council Leader heard how the city-wide new-build programme is transforming communities, providing families with quality, affordable housing and creating jobs and training for local people.

She said: “The building of the 3000th new home by Glasgow Housing Association is a landmark for both the association and the city. GHA has played a key role in transforming the quality of our housing, and has been an important partner to the council in the regeneration of Glasgow.

“These latest homes in Gallowgate are a great example of what is being achieved across the city, with thousands of new, high-quality and energy-efficient affordable homes being built, improving people’s lives and bringing social, economic and environmental benefits to our communities.”

Tenant Isabel Campbell, 56, who has lived in the east end all her life, recently moved into her new GHA house in Gallowgate with her husband William, grown-up daughter Isabel and their two dogs.

The mum-of-three watched her new home – which is just a stone’s throw from the tenement flat where she lived in Millerston Street – taking shape over the last 18 months.

Isabel said: “Our new house is warmer, safer and more secure and has given us much more space. It’s great being able to hang your washing out too. That makes a big difference and my daughter is enjoying having a great, big bedroom.”

Isabel, who works as a support worker with the Salvation Army and as a youth worker in the evenings, welcomes the transformation of the community while retaining fond memories of the now demolished Whitevale and Bluevale multi-storey flats.

“My dad and my husband’s father both worked on them and I remember watching them as a wee lassie being built,” said Isabel. “They have been a big part of the community over the years.”

GHA’s £430 million new-build programme, supported by Scottish Government and Glasgow City Council, has seen communities regenerated with modern, energy-efficient housing for people right across the city. A total of 47 projects have been delivered so far with hundreds more homes planned by GHA in the next five years.

The £17m phase two Gallowgate development is in one of the eight areas in Glasgow earmarked as priority for regeneration, known as Transformational Regeneration Areas (TRAs). Work on these priority areas is overseen by Transforming Communities: Glasgow (TC:G) a partnership between, Scottish Government, Glasgow City Council and GHA.

The 143 homes being built in phase two include 113 for social rent, 26 for mid-market rent and four for shared equity. 14 homes are designed for wheelchair users. Phase one of the Gallowgate project saw 62 homes built in 2013.

GHA Chair, Bernadette Hewitt, said: “It’s great to see another example of how our new-build homes are making such a huge difference to people’s lives. All of our homes are bright, modern and energy efficient, helping tenants’ cut their bills while staying warm and comfortable. Reaching the 3000th new home is certainly a milestone. But we’re not stopping there and we remain committed to delivering thousands more affordable homes for the people of Glasgow in the years ahead.”

GHA is currently building 631 homes on nine sites in the city, the largest of which is the development at Gallowgate. The scale of the programme has seen Wheatley Group named the UK’s biggest developer of social housing in the UK for the past three years (Inside Housing 2017, 2018 and 2019).

David Wylie, managing director of CCG, which built the phase two homes in Gallowgate, said: “By working collaboratively alongside design and supply chain partners, GHA and CCG have successfully delivered many modern, energy efficient homes as well as creating jobs and apprenticeships. We look forward to continuing our partnership for many years to come.” 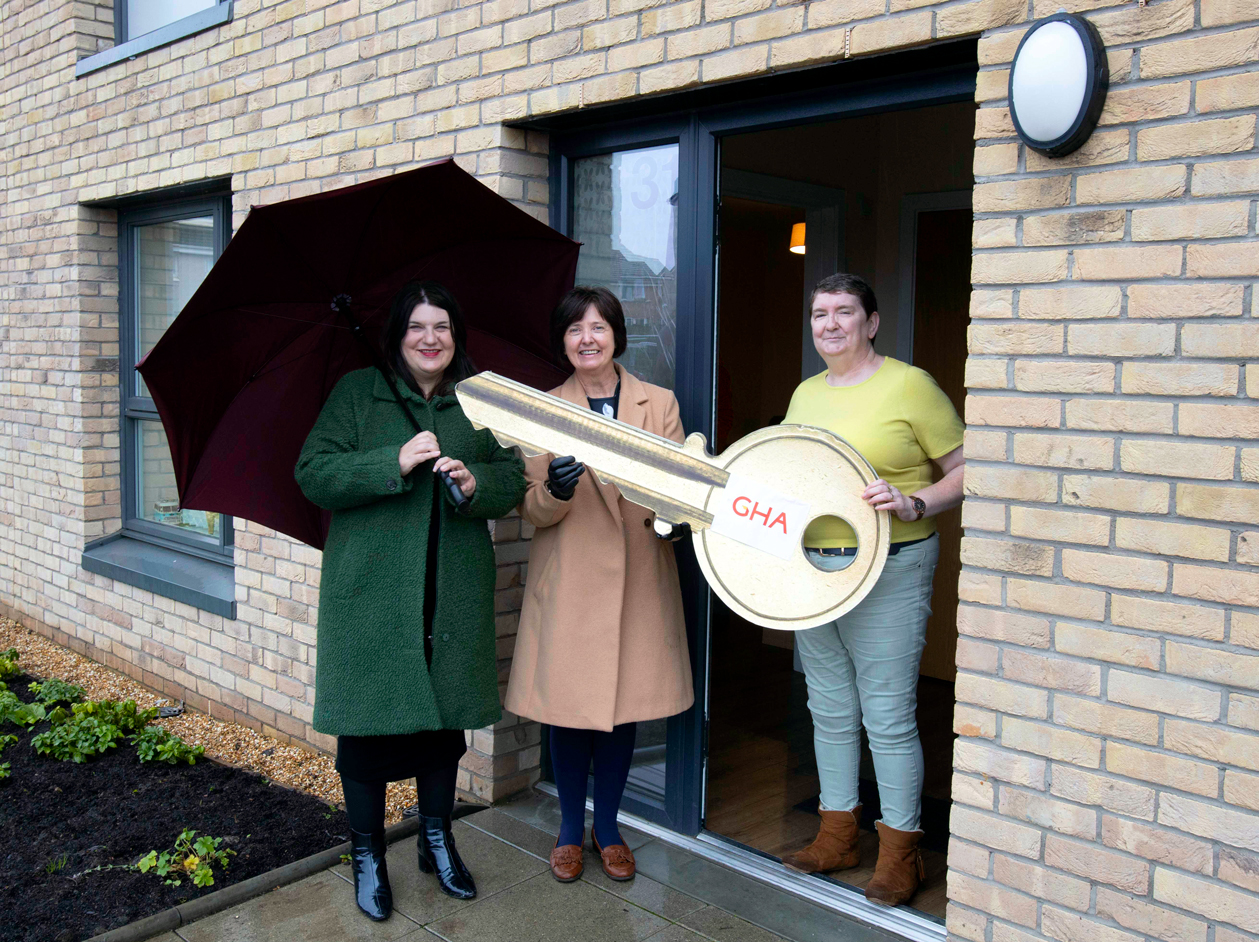