Work has started on 134 new homes which will transform the heart of a Glasgow community. 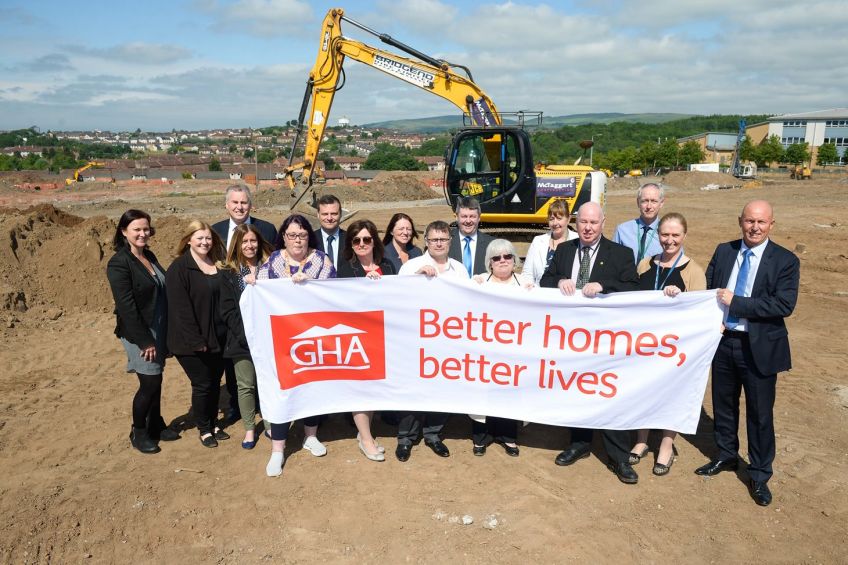 The development, at Linkwood Drive, Drumchapel, is a partnership between GHA and Cernach Housing Association, with 98 of the homes for GHA and 36 for Cernach.

The homes are being built on the site of former tenements, close to Drumchapel High School.

The £18m development will be a mix of flats and houses, with 16 of the homes adapted for wheelchair users.

Each home will have energy-efficient features including solar panels to cut heating costs.

The development, which includes £6m grant funding from the Scottish Government, should be finished by early 2020.

GHA is currently undertaking its biggest-ever new build programme, with more than 850 new homes being built across the city.

Councillor McLean said: “These homes will meet the needs of a wide range of people, and will be environmentally-friendly with cheaper heating bills.

“This is a major development for Drumchapel, and a real tribute to the partnership working that has brought us to this stage.”

“This is the largest single housing development in Drumchapel for some years and means the return of more people and activity to the heart of Drumchapel.”

Susan McDonald MBE, Chair of Cernach Housing Association, said: “We are delighted to be involved in this development with GHA which is supported by Glasgow City Council.

“Drumchapel continues to be a popular area and this will be a great improvement for the community with homes for a variety of households on previously vacant land.”

As part of its contract with GHA, contractors McTaggarts Construction, will be providing jobs and training opportunities for local people.

Gary Climson of McTaggart Construction, said “As well as creating new homes for the people of Drumchapel, we’re also creating six jobs, six new apprenticeships and 14 work placements as well as launching community fund to support local groups and charities. We hope that a positive legacy is left by the development.”