Wheatley has been confirmed the UK’s largest builder of social-rented homes for the fourth consecutive year. 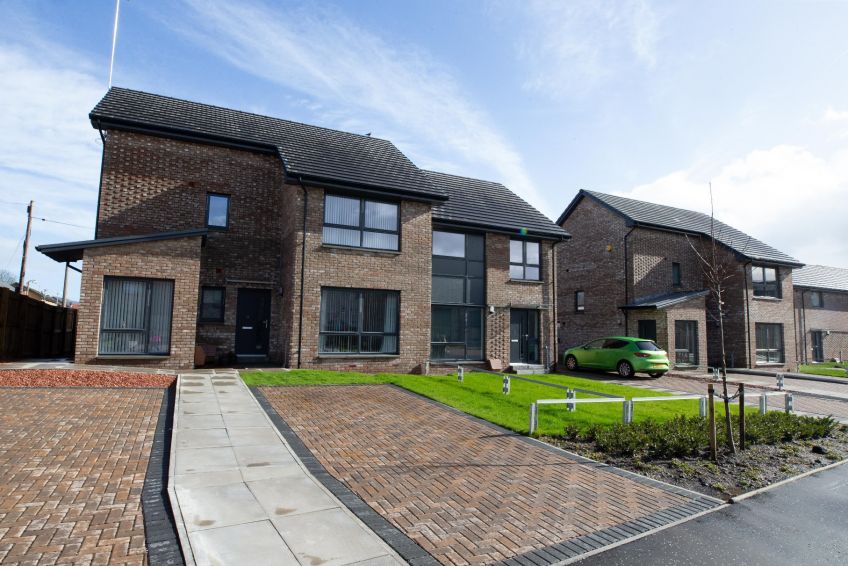 Wheatley’s hugely-ambitious new-build programme has been funded by over £1 BILLION of private and public investment raised over the past six years.

Group Chairman Alistair MacNish said: “We view the title of ‘the UK’s largest builder of social-rented homes’ as a badge of honour. To retain the title for four years in a row is proof of our total commitment to Scottish Government’s More Homes Scotland agenda.”

Mr MacNish, a former chairman of the Accounts Commission and Audit Scotland and ex-chief executive of South Lanarkshire Council, added: “It is testimony also to our ongoing commitment to build fuel-efficient, attractive homes across some of Scotland’s most disadvantaged areas. We are proud our award-winning homes match what the private sector has to offer.”

Work is underway or about to start on 30 Wheatley sites across Scotland, from West Dunbartonshire and Glasgow to West Lothian and Edinburgh and from Dumfries to Stranraer under plans to build 5500 affordable homes between now and 2026.

Wheatley chief executive Martin Armstrong said: “Our quality, energy-efficient homes are changing people’s lives and transforming communities within an ambitious house-building programme that is making a significant contribution to the Scottish economy. As everyone knows, there is ongoing acute need for affordable homes and we are doing our bit and more to tackle this.

“The arrival earlier this year of Dumfries and Galloway Housing Partnership - Scotland’s second largest housing association – into the Wheatley family has enabled us to extend our extensive house-building programme across the south of Scotland.

“Now that house building has resumed in Dumfries and Galloway and our sites across the central belt, we are keen to make up for the lost ground caused by the coronavirus crisis.”

Wheatley was named the UK’s biggest developer of social homes in a newly-released annual new-build survey by Inside Housing magazine. Worcester-based Platform Housing Group came second with 523 homes, followed by London-based Peabody with 388 and Places for People, headquartered in Preston, with 345.